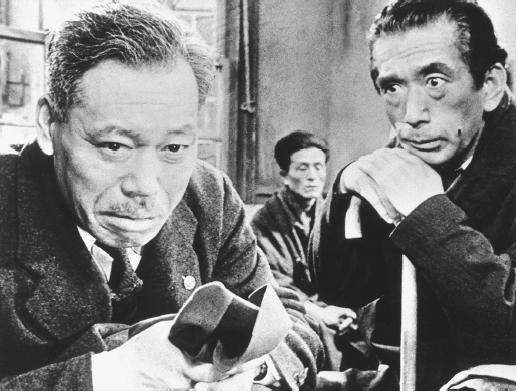 Celebrated filmmaker Akira Kurosawa sensitively depicts the life of a middle aged man, Kanji Watanabe diagnosed with terminal cancer. During the course of the movie, he teaches us a few things about cancer and life.

Ikuru (Japanese: “to live”) is a touching and heartbreaking story of Kanji Watanabe, a middle aged government bureaucrat who has been diagnosed with terminal gastric cancer. In a flashback he realizes that he has wasted most of his life without enjoying the beauty and friendship around him.

He makes up his mind to pick the few threads of life before he passes away. After much soul-searching, he comes to the conclusion that he can still make a contribution to society and thus have the satisfaction of having accomplished something in his life.

Another masterpiece from Akira Kurosawa

Ikiru was directed by the renowned filmmaker Akira Kurosawa in 1952, where he conveys that whatever one does should be for a purpose and for fulfillment in life. 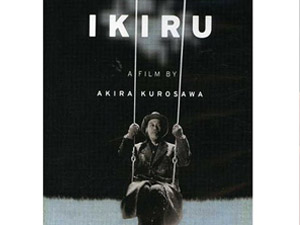 Unlike his better known ‘Samurai’ films, Kurosawa (in Ikiru) uses a narrative style technique to bring out the pathos of a terminally ill man.

Kanji Watanabe’s pathetic life, his thoughts and his emotions unfold gradually from a third person perspective. His languid eye movements convey the hopelessness and misery of a life not spent fruitfully.

Kurosawa drives home the message of the importance of finding meaning in one’s life before it is too late.

Takashi Shimura (as Kanji Watanabe) makes a strong impact in a minimalist way, by conveying his sadness, struggle and determination through his eyes. Through his plight and struggle, his character tugs at your heartstrings. The scenes in which he sings on the swing and in the bar are truly touching. His outbursts to Toyo are passionate and fascinating.

Most memorable moments from Ikiru

My favourite shot in the movie is the scene of the dying man and his co-worker at a restaurant with the background music celebrating a joyous birthday. It is pure cinematic poetry to visualize each of its participants doomed to one day be in the foreground.

Another scene which caught my attention was one where a group of poor women march to the office to complain about an open sewage pit in their neighbourhood and are sent from one department to the other until they end up right back where they started.

The song ‘Life is brief’ sung by Kanji Watanabe shows us his later inner-tranquillity and contentment. The only drawback of the film is its slow pace, which can be a bit tedious, but that is pure Kurosawa for you!

Definitely a must- watch movie for everyone who is dealing with cancer!

This article was contributed by Shamima Pereira, a student of Advertising at EMDI, Mumbai. Shamima describes herself as a fun-loving girl and an animal lover. Her family is her world. She likes dancing, actively participating in church activities and reading novels. Her philosophy is ‘Live life as if there is no tomorrow’ and ‘If you can’t speak good about others, don’t speak bad either’.”