‘Letters to God’ is a heartfelt tale of inspiration, redemption and hope. What happens when the paths of a child with cancer who writes letters to God and a postman on cross-roads of his life collide?

The movie is about what happens when one boy’s walk of faith crosses paths with one man’s search for meaning in life after losing all that he had. The resulting transformational journey touches the lives of everyone around them.

Child with cancer writes letters to God, the pen-pal

Tyler Doherty (played by Tanner Maguire) is an extraordinary 8-year old boy with an indomitable spirit, who is always trying to do what Jesus would do, in spite of having multiple brain tumors and undergoing chemotherapy.

Surrounded by a loving and supportive family and community and armed with the courage of his faith, the little boy faces his daily battle against cancer with courage and grace. To Tyler, God is a friend, a teacher and the ultimate pen pal. All of Tyler’s prayers take the form of letters which he composes and mails on a daily basis.

Messenger gets inspired to change his life and that of others

His letters find their way into the hands of Brady McDaniels (played by Jeffery Johnson) a substitute postman, standing at life’s crossroads after having lost custody of his son, because of his addiction to alcohol.

He is confused and conflicted as to what he should do, with all of these letters addressed “To God”.

The letters eventually get the beleaguered postman involved in the life of Tyler and his family who are battling cancer. The letters inspire Brady to seek a better life for himself and his own son who he lost through his alcohol addiction.

Brady realises what he must do with the letters. He makes a surprise decision that transforms his heart and uplifts his newly found friends and community. He does something exhilarating, inspired by the contagious effect of one boy’s unshakable faith in overcoming the odds.

The power of faith

Inspired by a true story, ‘Letters to God’ is a touching and intimate story about the galvanizing effect one child’s belief can have on his family, friends and community.

The movie shows us that although little Tyler suffered from brain cancer, he never let that come in the way of his undying faith in God. He felt that God was his closest friend and believed that every day was a new day, he was blessed to see.

Lessons from the movie

My name is Tamara De Abreu and I’m originally from Goa. Although I’m an optimist by nature, I try to take a balanced view of life. I come from a religious background with strong family values. I love socializing and meeting new people. I volunteered to help Cancer Awakens because I felt the need to stretch beyond the comfort of my little world and meet people who have been through a lot and still have a positive outlook towards life. 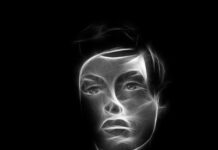 Healing and the Mind: By Bill Moyers – The Mind-Body Connection (3 of 6)

Cancer Awakens examines and supports what it takes to live through cancer: first as a survivor, then as a thriver.
Contact us: contact@cancerawakens.com
© Disclaimer, copyright and credits: The contents of this site do not - directly or indirectly - replace any clinical diagnosis and/or treatment you may require. You are advised to seek appropriate medical / professional help to address your own health and well-being. Copyright: Cancer Awakens Ltd. All rights reserved. Content maintained by 'Leading Lines' and Site maintained by 'WebDudes'.