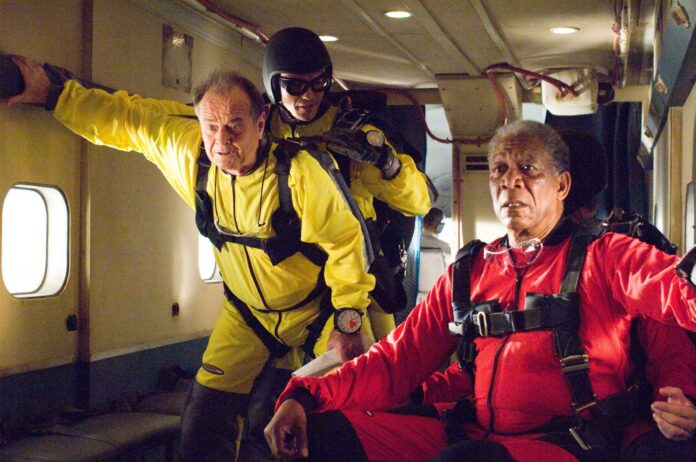 The Bucket List is a comedy–drama which traces the journey of two terminally ill cancer patients, Edward Coleman and Carter Chambers and how they fulfill all their unfulfilled wishes in a few short months.

The two main characters of the film are played by Academy Award winners Jack Nicholson and Morgan Freeman. They start off as complete strangers and become friends. They both come from very different backgrounds – Carter is a mechanic with a wife and a family and Edward is a billion-dollar business tycoon who runs hospitals with no wife and no family. 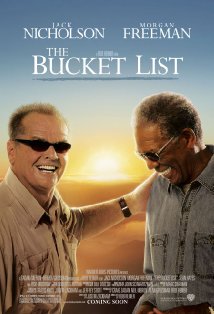 They first meet when they both are admitted to one of Edward’s many hospitals and have to share a room. Carter begins to make a list of things he wants to do before he ‘kicks the bucket’ but throws it after he finds out that he has less than a year to live.

“We cannot choose when to die. But we can choose to live every moment of our life.”

Edward finds the list, adds to it and encourages Carter to do everything on the list. Thus begins their journey and they go skydiving together, climb the Pyramids, drive a Shelby Mustang, fly over the North Pole, eat dinner at Chevre d’Or in France, praise the beauty and history of the Taj Mahal, ride motorcycles on the Great Wall of China, and attend a lion safari in Africa.

Cancer being the main theme, director Rob Reiner handles it sensitively and shows the struggles that a cancer patient goes through, from the shock of diagnosis till their death.

Living again in the face of death 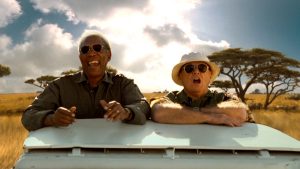 Carter initially gives up and gets ready to wait for the inevitable. But Edward urges him to fulfill all his wishes. It shows that nothing is impossible. They go after their dreams even if they seem like they can never be fulfilled. They give each other company and strength to make their wishes come true.

Edward teaches Carter how to have fun and in turn, Carter teaches Edward how to love. As they see the world together and through each other’s eyes, they learn new things and learn to live their lives moment by moment.

Cancer turned the lives of Edward and Carter around completely. They learned to accept their illness and to move forward from there. This movie touches not only people who are affected by cancer (or any serious illness) but also people who are not. It has a message of hope to convey to everyone.

“There is a fighter in everybody. We can choose to let the fighter in us get up and fight; or give up. The choice is ours. Everyone gets the same choices. It is what we choose that makes the difference.”

Gowri Shankar is a student of Communications at Mount Carmel College, Bangalore.