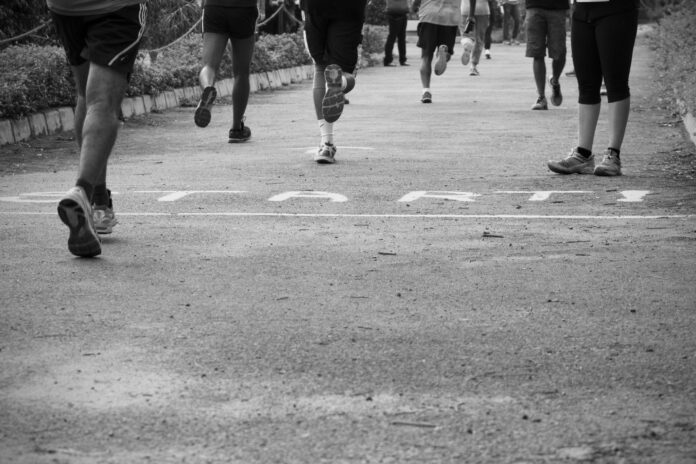 On a bright Sunday morning of Sept 18th 2011, Bangalore got its own ‘Terry Fox Run – A Marathon of Hope’ after a 7-year gap. It was a great success, without any doubt: about 2000 people participated, we had excellent media coverage and most importantly, Rs. 15 lakh (approx USD 30,000) was raised.  All funds will go to the Tata Memorial Centre for Cancer Research in Mumbai, for a for a pre-approved research project by the Terry Fox Foundation. 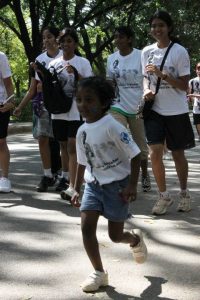 Flagged off by Kannada cine-star Ramesh  Aravind,  Canadian Consul-General Shaun Wedick and Billiards World Champion Pankaj Advani, the entire event went quite smoothly, much to my joy and relief!

The crowd turnout was overwhelming. People of all ages were present. So many of them came up to me and expressed their own reasons for backing the cause. I learnt that everyone has been affected by cancer in one way or the other, directly or indirectly.

The idea behind the event

This just reinforces my conviction that it is about time that people come together to eliminate this disease. If every Indian citizen donates just 1 Rupee, it would raise a considerable amount. After all, it takes many drops of water to form an ocean.

Thousands of researchers work tirelessly to come up with new treatments which enhance the quality of life of cancer patients. They are the unsung heroes who must be recognized and supported in every possible way.

Preparing for the big day 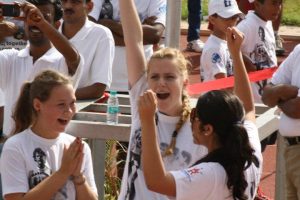 The big day took months of preparation. Some of the key factors in the planning were: 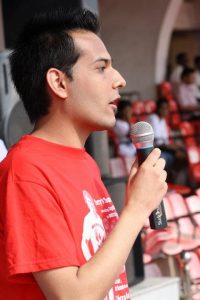 I had no prior experience in organizing an event of such magnitude. Hence I was quite nervous and being new to the city didn’t help either. Things here work quite differently than they do back home (in Dubai). It took me some time to adjust but I’m definitely richer for the experience.

If I had to pick one glitch this year, it would probably be the event date. Unfortunately, many school children could not join the run due to their ongoing examinations. Next year, we will keep this in mind, while zeroing in on the date.

I dream that this movement grows

I definitely intend on making the Terry Fox Run an annual event in Bangalore. I will be heading back to Dubai soon, but will certainly come back every year for this noble cause. Being overseas, I might not be able to devote as much time to it in the future.

However, I am sharing the responsibility with a very dedicated committee and with the people of Bangalore. With so much enthusiasm already shown, a brilliant start has been made and I’m positive that participation will grow by leaps and bounds year on year.

Terry Fox’s message deserves to spread to other cities across India too. Just like I was inspired by someone else to re-start the Bangalore run, I hope that someone will be inspired by me.

“I’m not a dreamer, and I’m not saying this will initiate any kind of definitive answer or cure to cancer, but I believe in miracles. I have to.”