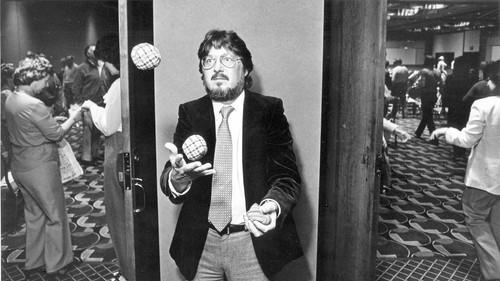 Transforming hopelessness to hope is the key to healing. In their book ‘Getting Well Again’, Carl and Stephanie Simonton introduce us to their powerful and proven approach – based on visualisation and affirmation – which reactivates the ‘will to live’. They have an astonishing success rate with thousands of patients at their world-famous Simonton Cancer Center in Malibu, CA, USA.

Ask Dr Carl Simonton and Dr Stephanie Simonton, they will take you on a tour of their unique and powerful therapeutic approach to Cancer. In the four decades after setting up the Simonton Cancer Center in 1972, they have received international recognition from countries such as Japan, Poland, Germany and Switzerland. Carl was also honoured by the American Medical Association in 1997 for his film “Affirmations for Getting Well Again”.

“No matter how sick you are, it is possible to get well” has been his mantra, which has lit up thousands of devastated souls by them showing a ray of hope.

The Role of Attitude & Emotion

The Simontons were early proponents of the hypothesis that a person’s attitude played a major role in his/her response to treatment and also in the course of the disease.

“Anyone who has had extensive experience in the treatment of cancer is aware that there are great differences, among patients. I personally have observed cancer patients who have undergone successful treatment and were living and well for years. Then, an emotional stress such as the death of a son in World War II, the infidelity of a daughter-in-law, or the burden of long unemployment seemed to have been precipitating factors in the reactivation of their disease, which then resulted in death. There is some evidence that the course of disease in general is affected by emotional stress. It is my sincere hope that we can widen the quest to include the distinct possibility that within one’s mind is a power capable of exerting forces which can either enhance or inhibit the progress of this disease.”

An extensive study of psychiatric literature from several journals from the American Cancer Society, National Cancer Institute, etc. convinced them of the direct correlation between a cancer patient’s psyche/emotional state and their healing response.

Shifting Orientation: From Loss To Expectancy

The Simontons’ focus on an attribute called “expectancy” as the means to shift the individual’s life orientation.

When a patient starts to say “I know I have participated in the development and the progress of my disease. I know there are some deeper factors at work and I need help in dealing with them”, that’s the moment they start to heal

In this way, the individuals themselves begin to take responsibility for the problem as well as for the solution, this change of orientation is the key to healing.

The perspective of “giving up” gives way to the “horizons of hope”.

This article was written by Deepakshi Mishra, a student pursuing her Mass Communications degree at Mt. Carmel College, Bangalore.