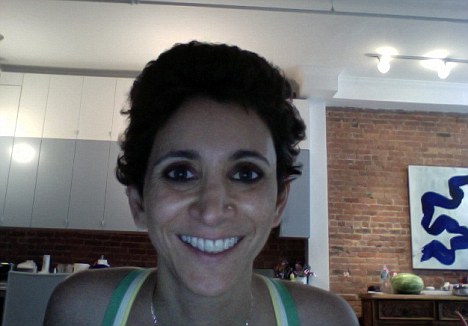 Ameena Meer is a writer and single mother of three girls living in New York City, who runs her own advertising agency.  As a person who went through traditional cancer treatments for several months and was also hospitalized for other illnesses in the past, she thought it would be useful to create a guide to navigating the medical system when you’re stuck inside.  This is an excerpt from her blog www.amazonsofnyc.blogspot.com

I was diagnosed with a very rare uterine cancer called Chorio-carcinoma which is the result of a pregnancy where the remaining cells of placenta in the uterus become cancerous.

Generally, if it is caught within three months of the pregnancy, it is curable with chemotherapy. However, if left untreated for more than 6 months, the prognosis is poor. In my case, it was almost a year since I had been pregnant and I had been hemorrhaging for two months.

I was intially diagnosed with a 4cm tumor in Oct 2009 at stage 4, with metastasis in my brain. These were diagnosed by ultrasounds and CAT scans at two different hospitals. Upon learning of my diagnosis – before any treatment – I gave up all sugar, wheat and animal products and started eating tons of cruciferous vegetables. Two weeks later (in Nov 2009), I was admitted to Memorial Sloan Kettering hospital in New York City.

They gave me a new ultrasound and found that the tumor had shrunk by half: to 2 cm. A few days later, they gave me a new CAT scan and couldn’t find any metastasis! The oncologists suggested that the previous test results were incorrect but I put it down to dietary changes and some serious prayer and meditation (I have an active Sufi practice)! 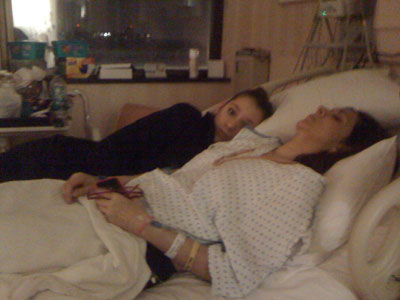 I underwent 14 weeks of chemotherapy, with a rapid response to the drugs. The normal course of therapy from diagnosis to cure is 18 months.

However, at 14 weeks, my cancer markers were close to normal and I was suffering from the chemo, rather than from the cancer.

Apart from hair loss, I had sores in my mouth and stomach so I could barely eat and my weight dropped to 98 pounds (45 kilos). My skin was also covered with sores, my eyes were bloodshot and swollen and my tongue started turning black.

To cope, I was consuming fresh vegetable and fruit juices regularly and also taking an amazing supplement called polyMVA which seemed to at least give me energy.

I told the doctors I wouldn’t do any more chemotherapy. I also refused a hysterectomy because my research showed it did not prevent the return of this particular cancer. My oncologist – an authority in Chorio-carcinoma – told me that if I gave up my treatments, I would be dead in 12 weeks.

Turning to a holistic & integrated approach

I had made up my mind, so I left the treatment anyway. I started taking a series of dietary supplements as well as getting regular acupuncture and massage. Within one month, when I went back to the hospital for a check-up, my cancer marker was normal.

In four months, when I had a follow-up ultrasound, there was no tumor, though they could see a scar where the cancer was and a small cyst on one ovary, probably from the chemotherapy drugs. I continued to be monitored monthly for one year (until Feb 2010). At my annual check-up, I had another ultrasound; the scar in my uterus had totally healed.

I moved to a raw food diet and continued juicing and supplements. In Oct 2011, my daughter had a crisis and my cancer markers jumped suddenly. I started infrared treatments, continued with the polyMVA and also started pancreatic enzyme therapy.

I also went to see energy healers of various kinds. In Feb 2012, at my 4-month check-up at Memorial Sloan Kettering, my results came in totally normal. They consider me “cured.”

I continue to sleep on an infrared mat (the biomat), take enzymes, large doses of vitamin c, d, turmeric and resveratrol and eat a mostly vegan, wheat, soy and sugar-free diet.

Not only am I now free of cancer, but I am convinced that my holistic and integrated approach had a lot to do with it.