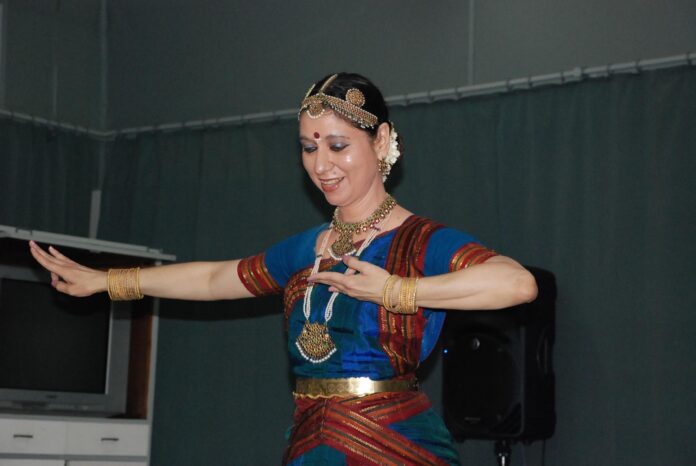 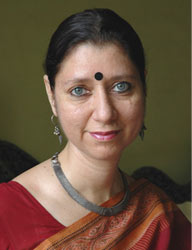 Jeroo Mulla is a media expert, who had been the Head of the SCM (Social Communications Media) Post-Graduate Course at Sophia Polytechnic in Mumbai since 1986. Under Jeroo’s tutelage, thousands of young media professionals have blossomed and now hold eminent positions in print & broadcast media, film & TV production, advertising and public relations. Jeroo is also an accomplished Bharatanatyam dancer. In 2006, Jeroo was diagnosed with early-stage Uterine cancer and underwent surgery and radio-therapy. This is her story, as recounted by her, in 2 parts.

Jeroo takes us on a journey that starts with intensive medical treatment and continues further into a Holistic and Integrated regime inclusive of Diet, Vipassana & Yoga for Cancer Treatment. Today, after 5 years of being cancer-free, she has made a permanent lifestyle change, which makes her feel better and healthier with each passing day.

“The early days were torture!  I went through extreme reactions to the radiation therapy.”

From the second week onwards, Jeroo experienced severe diarrhoea and was given ‘Imodium’ to moderate it. She also experienced acute stomach cramps and was prescribed ‘Spasmoproxyvon’ as a pain reliever. However, it worked only marginally. She was constantly nauseous and could not retain any food. The combination of diarrhoea, cramps and nausea was unbearable and without being able to eat, there was no way she could gain the necessary nutrients and energy.

“Anju was my angel! I moved from despair to the conviction that I would be OK. She recommended a diet plan that saved my life.”

It was basically a fruit-based diet, because Jeroo’s body was incapable of digesting anything other than fruit. In any case, all fruits break down into amino acids, which are the basic building blocks of nutrition.

“Anju told me to eat a single fruit every hour (mono fruit) and a different variety of fruits: a rainbow of sweet, watery, acidic and sub acidic. Whenever I felt weak, I was to eat khajoor (dates). For lunch and dinner, a single raw vegetable.

For the cramps, I was to have lime juice mixed with equal quantities with ginger-juice, every hour. No refined sugar, of course! Lime juice becomes alkaline when it enters the intestines and neutralizes acidity. Ginger juice helps the stomach muscles to relax. Anju also asked me to stop taking the drugs, as Imodium was preventing the toxicity from being excreted and Spasmoproxyvon was adding to the toxins and increasing acidity.”

“Within two days my cramps had gone! And in just four days, my nausea and diarrhoea were much reduced  … and only fruits, raw vegetables, lime-juice and ginger juice had done it.”

Gradually Jeroo’s condition began to improve. The fluid from the fruits provided enough hydration, because she wasn’t supposed to drink water, which diluted the digestive juices. Although the radiation took its toll on her body, her haemoglobin surprisingly increased after starting the new diet.

Diet can be very targeted and specific

It is often said “we are what we eat” and Jeroo saw ample proof of this.

“For other small things too, Anju gave me very specific tips. Then, for the burnt skin following radiation, she recommended Aloe Vera. Finally, for building immunity, I added some fresh haldi (turmeric) powder to the lime juice. When I felt nauseous and couldn’t eat, she asked me to apply honey on my tongue and rinse my mouth; after I did this, I was able to eat the fruit. If my mouth was dry she taught me to squeeze fresh orange juice, freeze it into cubes, then suck on them. Oh, it was heavenly and relieved the dryness and thirst.”

Jeroo had learnt Vipasanna meditation prior to her cancer diagnosis and her practice has intensified since then. Vipassana taught her to face things as they come, helping her to observe and withstand pain. She took to yoga much later, which has helped to strengthen her muscles and keep physically fit. Thus, Yoga & meditation are a powerful combination, as she explains:

“Every morning, an hour’s Vipassana meditation followed by 20-30 minutes of yoga and then 10 minutes of meditation before I sleep at night. Oh yes, I have a 90 minute yoga class twice a week. I also dance three times a week, for about an hour. That is my greatest joy. And I love going for walks. It really helps me to be outdoors, looking at nature and feeling the sun and the breeze.”

Written by Priya Shah, a student of Communications at Mount Carmel College.