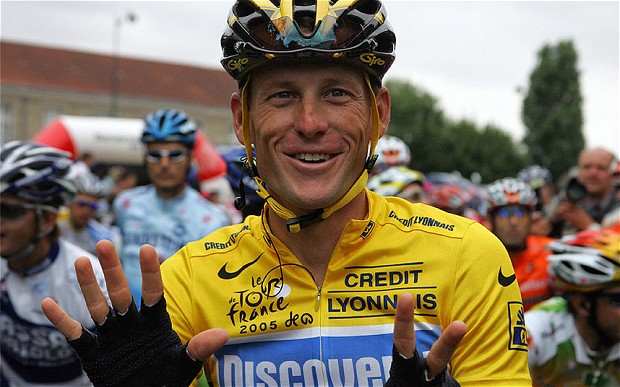 Thriver stories give you hope and inspiration to begin a new journey yourself. Read on and get inspired by celebrity thriver, Lance Armstrong’s story.

During his brilliant career as a world champion cyclist, Lance Armstrong seemed invincible. Until he was diagnosed with testicular cancer.

Otherwise an extremely healthy 25 year old, Lance ignored the early signs of the disease and by the time it was diagnosed, the cancer had spread to his lungs, brain and abdomen, leaving his chances of survival dim. Armstrong however, had no intentions of becoming a ‘cancer victim’. Instead, he was determined to educate himself about the disease and underwent rigorous treatment until he overcame it.

He is now an international spokesperson for the cancer community, with the Lance Armstrong Foundation providing education, funds, support and inspiration for people with cancer.

Recently, Lance Armstrong has been stripped off his many cycling titles, after having admitted on the Oprah Winfrey show, that he is a doping cheat, a liar, a bully and a deeply flawed human being. The icon has fallen!

Does this make him any less of a ‘cancer thriver’? It is not an easy question to answer … and we would love to hear your views!
buy kamagra online
To know more about the Livestrong Foundation, click here