It is strange that the basics of cancer are little known. Cancer forces us to confront our own mortality, or at least our vulnerability. That makes us so uncomfortable that we push the experience away and hence remain unaware about the basics of cancer. Ignorance feeds fear and it is fear (and the accompanying social taboo) which blocks us from really understanding cancer and taking steps to address it. Let us decode the basics of cancer.

Talking openly about cancer is difficult. The cancer experience forces us to confront our own mortality or at least our vulnerability. And, that is not something we share so easily. So, we stand unaware about few critical basics of cancer.

How Cancer Occurs: The Basics of Cancer 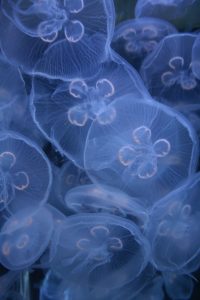 We think of cancer as a single disease, but it is not so. Cancer is actually a common process (of uncontrolled cellular growth) which can manifest in over 200 different ways. As an example, think of infection. The underlying process of most infections is the same. But infections manifest in many different ways and to many different degrees. Some infections are more dangerous than others and so we treat them differently. However, when it comes to cancer, our understanding is much more limited.

Every cell in our body has a natural ‘birth-growth-division-death’ cycle. The length of this cycle varies for different types of cells. For some, it is days and for others, it can be weeks. For the body to remain healthy, old depleted cells continuously die and make way for fresh, new cells.

Cancer occurs when there is uncontrolled or disorderly cellular growth. It all starts with one cell, one of our own cells, that forgets how to die. In other words, that one cell escapes its natural, birth-growth-division-death’ cycle. It begins to divide and replicate rapidly and a collection of these cells bulk up to form the primary tumour. This process usually coincides with a lowered immunity level. Otherwise, the body’s immune system is designed to detect and mop up these along with other rogue cells.

How do you develop Cancer? Relentless cell division and growth 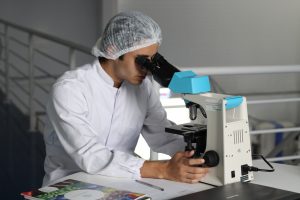 The cells divide once every 2–6 weeks, depending on the tissue and the part of the body in which they originate. If they divide rapidly (the process is called doubling), then one may expect 40–50 doublings in three years, and such an aggressive tumour is usually fatal. If the cells divide slowly, say 20–30 doublings in three years, the tumour may still be quite small and hence, hard to detect. Detection is made even harder because most tumours show very few direct symptoms until they reach a certain number of doublings. Hence, the signs of cancer are hard to detect.

A primary tumour attaches itself to the surrounding tissue because its new chemistry is able to break down normal cell barriers. It then starts to absorb and ultimately hijack the blood supply and nutrients from the host tissue to feed its reproduction. This is called malignancy. Depending on its size and location, the tumour can interfere with the functioning of the surrounding organs and some symptoms may appear, for instance, a sudden weight loss, effects on nerves/muscles, imbalances in certain hormones or enzymes.

At some stage, a few cells break away from the primary tumour and spread to distant areas of the host body via the circulatory system. They are not recognized by the body’s immune system as foreign cells, and they also neutralize surrounding lymphocytes. They cluster around another nutrient-rich or blood-rich organ and the process starts again. This is called a secondary tumour and it is made up of the same material as the primary tumour. The process of malignant cells spreading to distant areas is called metastasis.

How does cancer cause death?

Aggressive tumours spread rapidly and ultimately, they cause death in one of two ways.

And here’s the grim irony – when the host body dies, the tumour cells also die along with it.

Cancer-Leadership-Growth 14: So What Should I Do?

Cancer-Leadership-Growth 12: A Crisis of Consciousness