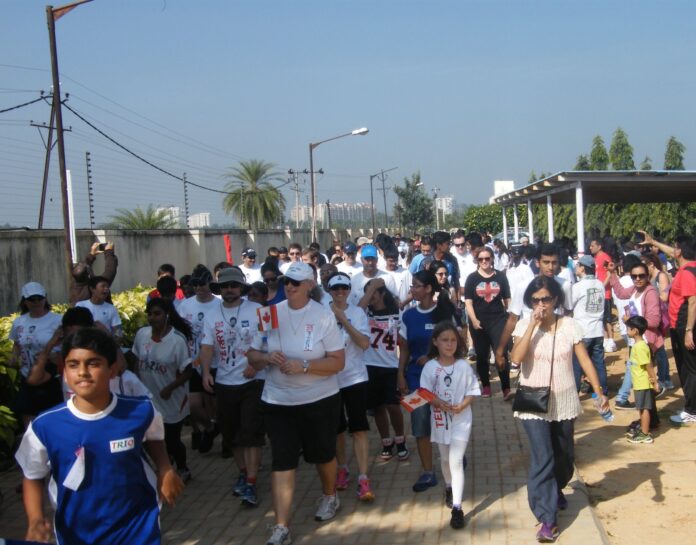 Nitin Tolani was diagnosed with cancer in his early 20s. He received his treatment in Bangalore. And as a thank you gesture, he decided to gift Bangalore the Terry Fox Run that gives hope to the cancer affected.

My name is Nitin Tolani. I’m 22 years old and grew up in Dubai, UAE. I did my higher education at Texas A&M University, USA.

During my 2nd year (end 2008), I began to feel a persistent pain in my left leg, which simply wouldn’t go away. When I returned to Dubai in winter, my family insisted on consulting a doctor. After various x-rays and scans, I was diagnosed with Ewing’s Sarcoma (bone cancer) of the left femur (thigh) bone. This news was quite frightening and difficult to absorb.

We immediately flew to Bangalore for treatment at Manipal Hospital. They suggested 49 weeks of chemotherapy, 5 weeks of radiotherapy and surgery. The surgery involved replacing part of the femur bone with a metal prosthesis of about 24cm in length joining the hip ball and was performed at Apollo Hospital in Chennai.

Post surgery, I went through intense physio-therapy to regain strength in my leg muscles. Doing this alongside chemotherapy was not easy, due to side effects like fatigue and decreased stamina. For a few months I had to use crutches to move around, but eventually, I learnt to stand on my own feet. Equally difficult, was to remain away from family and friends for so long. Finally, by God’s grace and everyone’s blessings, I completed my treatment successfully in December 2009.

Giving back, with gratitude 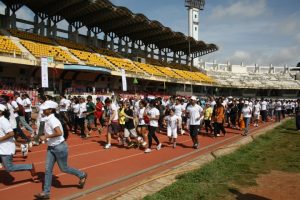 Through this experience, I spent a lot of time introspecting. I searched the internet to read more about how bone cancers were treated in the past (it usually involved amputation!).

In the process, I also came Terry Fox’s story and was deeply touched by the extremely difficult ordeal he had to go through, not to mention his inspirational approach. I consider myself very lucky because science has progressed and due to new limb-sparing surgical techniques, people like me now have an enhanced quality of life.

This was only possible due to great people like Terry Fox who went out of their way to raise funds for cancer research. I realized that it is my duty to give back something to society as well.

I had attended the Terry Fox Run regularly while in high school; so I had a good idea of how it worked. Since I received my treatment in Bangalore, I decided to start a run here. 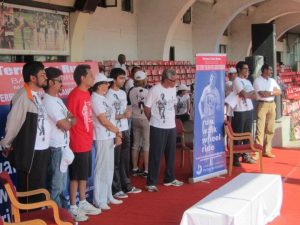 My next step was to contact the Terry Fox Foundation in Canada. They were very encouraging and assisted me with how to go about organizing everything. I discovered that the Terry Fox run used to be held in Bangalore a couple of years ago. Using various sources, I got in touch with the erstwhile committee members and they were extremely keen to help me achieve my goal. I’m deeply grateful to them and everyone else who has been so positive and supportive.

My mission is to spread awareness about cancer because in this part of the world there is a lot of social stigma around it. I would like to reach out to other cancer survivors to come out and share their experience. This will benefit them as well as others currently fighting the disease. I would also like to bring attention to rare cancers, as there is a great lack of knowledge about them.

During our awareness campaign we have been visiting many schools.  We are trying hard to encourage participation amongst school children and feel that it is important to educate them about cancer at a young age.

Hopefully the Terry Fox run in Bangalore will be successful and continue to grow as years pass by.

I would like to specially mention the following people: